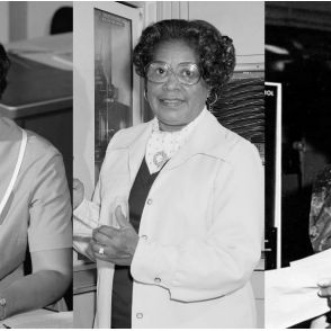 In honour of Black History Month let’s celebrate trailblazing men and women of colour that have made significant contributions to the field of computer science.

Katherine Johnson, Mary Jackson and Dorothy Vaughan are three incredibly inspiring and intelligent, yet relatively unheard of African-American women. They were crucial in leading America to victory in the Space Race, working as “computers” for NASA, which was predominantly white and male at the time. During their time at NASA the women had to be assertive and work for the opportunities, as nobody was going to give them a chance. In 1962, as John Glenn was about to board the first space flight to take a person into space to orbit the earth he asked that Katherine Johnson should be called to check that the computer’s calculations for the flight path were correct, and only then would continue with the mission. Their pioneering lives have been made into a film “Hidden Figures”.