U13 Girls in Quarter Finals! 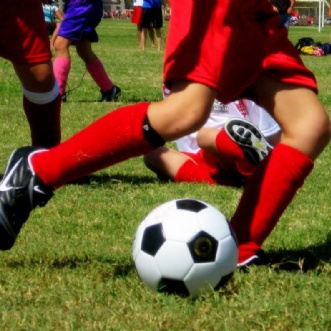 The year 7&8 girls football team are through to the quarter-finals of the Girls Suffolk Schools Cup.

The year 7&8 girls football team had a match against Stowmarket High on Wednesday. St Benedict’s started the game off confidently with most of the possession. Early in the first half we got a free kick outside of the box, Carmen Leacy finished it off well scoring a goal and putting Bennies in the lead. Later goals from Maddie Bawden-Bouche, Catherine Wellman and Zofia Szczech meant that at half time it was 6-0. Solid defending from Freya Cooper, Ruby Massuard and Heiley Paulo kept us in the game and gave us the opportunity to then score another 2 goals. Unfortunately, towards the end of the game Stowmarket were not done yet and scored 2 goals to stop us from getting a clean sheet. The final score was 8-2 to St Benedict’s sending the team through to the quarter-finals of the Girls Suffolk Schools Cup. Well done to all the girls who played, it was a great result.